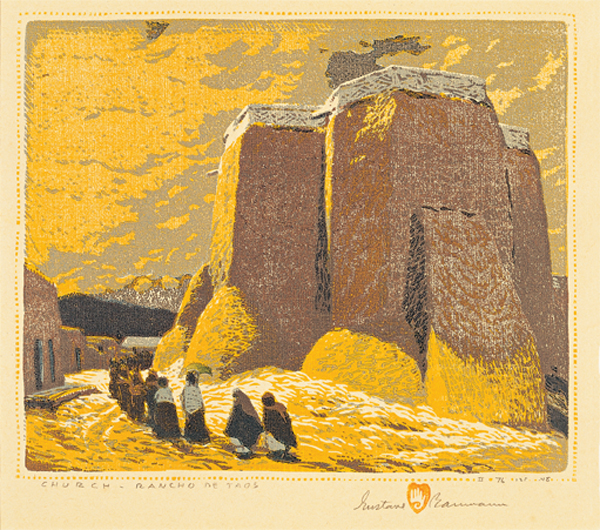 Gustave Baumann moved to the United States at age 10 with his family, and by age 17 was working for an engraving house while studying at the Chicago Art Institute. Returning to Germany for further studies, he learned the art of woodblock printing. Baumann developed his printmaking technique following the traditional European method of color relief printing using oil-based inks and printing his blocks on a large press in the Brown County, Indiana artist colony. In 1918, he headed to the Southwest and settled in Santa Fe, becoming a central member of the artist community. In 1931, he began carving his “little people”—marionettes that he toured around the state for many years.