Exhibit Home » Art » Before The Roundup 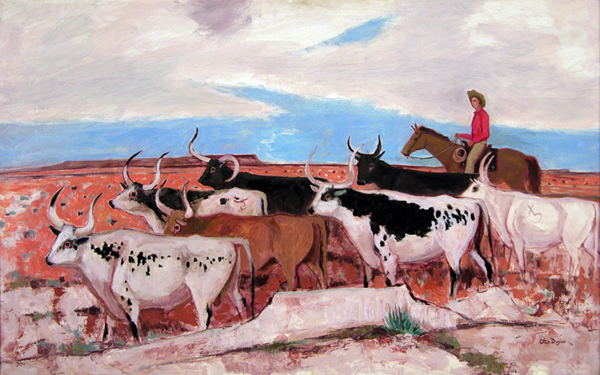 Otis Dozier, born in Forney, Texas, was raised on a farm where he developed a love for wildlife and nature, the primary subject matter of his art. He was a painter, printmaker, and teacher who first became prominent as a member of the Dallas Nine, a group of Texas regionalist artists. While studying works by Matisse, Picasso, Léger, Derain, and other European artists reproduced in issues of The Dial, Dozier developed a style characterized by strong forms and brilliant colors. By the mid-1930s he tightened up his brushwork and muted his palette to the earthy grays, beiges, greens, and browns favored by regionalist artists.