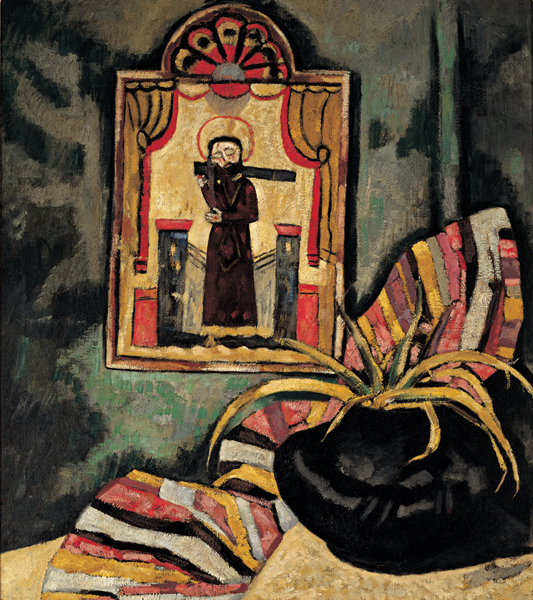 Marsden Hartley attended classes at the Cleveland Art Institute, and after settling in New York in 1898, studied under William Merritt Chase and later at the National Academy of Design. His own evolving style was more personal, affected by the ideas he absorbed at Alfred Stieglitz’ avant garde "291 " gallery. While living abroad in Paris and Berlin from 1912 to1915, his work became more abstract, influenced by Kandinsky and the Fauves. Travelling back and forth between Europe and America, Hartley’s later landscapes were more representational, expressing a strong romantic attachment to his native land. In addition to painting, he composed poetry and wrote on modern art.