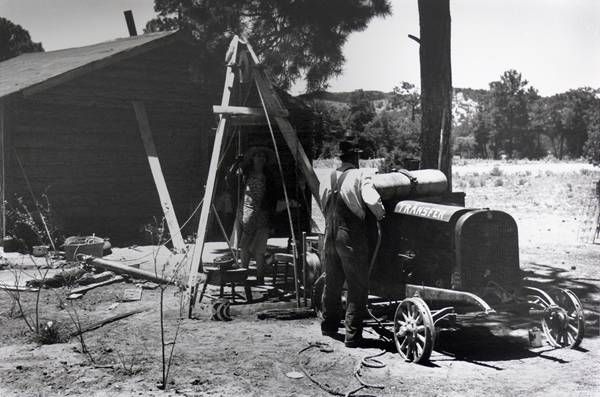 Russell Lee was born in Ottawa, Illinois, and experienced a childhood marked with instability and unsettling events. During the fall of 1917, he enrolled in Culver Military Academy in Indiana until his graduation in 1921, when he attended Lehigh University in Pennsylvania earning a degree in chemical engineering. He returned to Illinois to work, but by 1929, he became restless and bored with his career; he resigned and in September of that year he and his family moved to San Francisco where he pursued painting. A little over a year later, upon the suggestion of a friend, they relocated to an artist’s community in Woodstock, New York. Lee took his first photographs in 1935. He worked for the Farm Security Administration from 1936 to 1942 and remained active in the field of documentary photography until 1977.