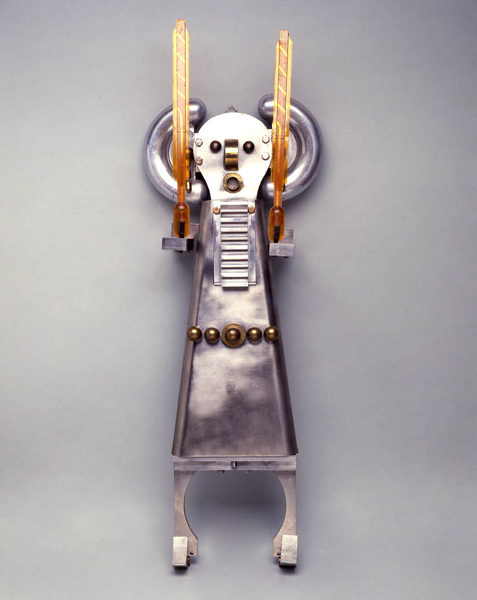 Tony Price, the son of a Brooklyn stockbroker, was a self-styled "Atomic Artist" and outspoken antinuclear activist. After being expelled from a prep school, he joined the Marines where he began painting murals and portraits. After his discharge, he worked as an illustrator in New York before moving west. Visiting Los Alamos Nuclear Laboratory in 1967, he discovered their salvage yard, and was inspired by the aesthetic quality of this atomic junk pile. He bought some pieces and began to fuse them, making utilitarian objects such as chairs and tables and musical instruments. Price later moved on to creating sculptures, with his most famous work being a group of primitive-inspired masks, many of them based on Hopi Kachinas. A friend noted about his work: He is trying to turn out something good from something destructive.