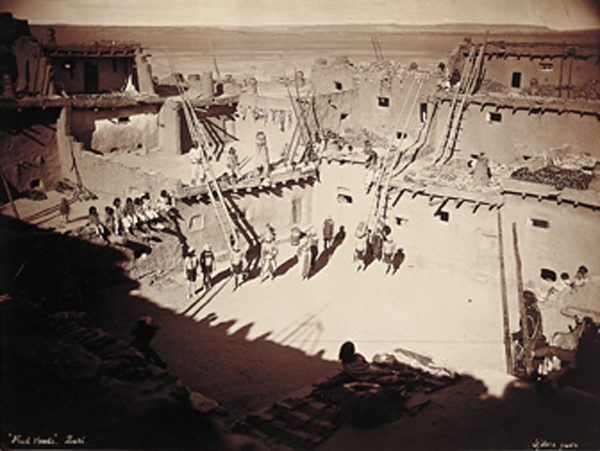 John K. Hillers was German-born, arriving in America in 1852. He served as a New York policeman and Union Army soldier, before joining Major John Wesley Powell in 1871 on his second journey down the Colorado River. Originally hired as a boatman, he became increasingly interested in the work of the team's photographer, first acting as his assistant, and by the next year, becoming the expedition photographer. In the summer of 1879, he accompanied a team of Smithsonian Institution scientists on a trip to Zuni and other Southwestern pueblos, the first specifically anthropological expedition in America. Hillers spent almost twenty years exploring the Indian Territories, California, the Southwest, and the Southeast, eventually producing an important record of Native Americans and their way of life.