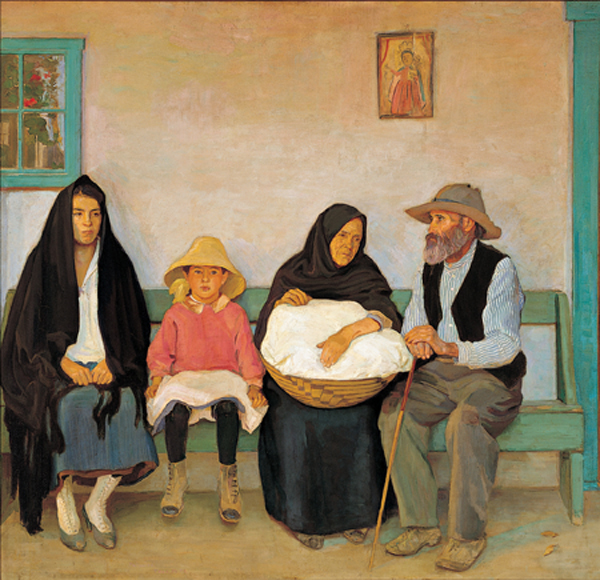 Bert Geer Phillips was born in New York where he trained in fine art at the Art Students’ League. A dedicated artist even as a young man, he constantly sought out new instructors and material in order to hone his talents as an academic realist. Phillips also studied at the Julian Academy in Paris, where he met Ernest Blumenschein and J.H. Sharp whose passionate interest in the landscape and peoples of the New Mexico pueblos inspired their fateful trip to New Mexico. Outside of Taos, the wagon they were travelling in lost a wheel bringing them into the town where, inspired by the landscape, they decided to stop and paint. They became the only white artists operating in the region, displaying their work out of their studios, and becoming a major attraction for white tourists in Taos. Phillips was one of the founders of the Taos Society of Artists, the central group in the Taos arts scene. His focus was on figurative paintings of the people of the New Mexico pueblos, showing their dress and customs, often painted in romantic surroundings. Through eyestrain he lost his vision, and died in 1956.