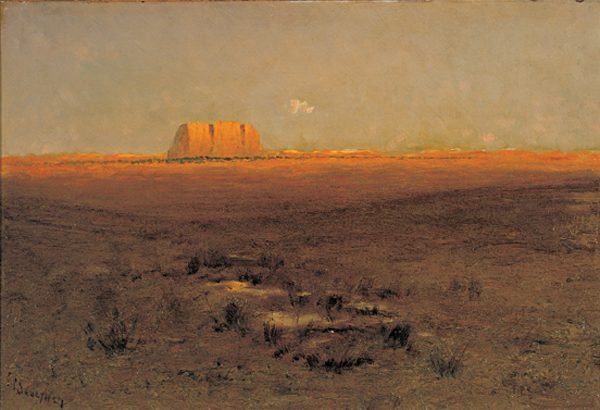 Frank Sauerwein, the son of a European-trained artist, took his first art lessons from his father before studying at a number of professional art schools and finally, the Philadephia Museum School of Art. In 1891 he moved to Denver in hope of improving his health. His travels to the Ute reservation in southwestern Colorado in 1893 began a lifelong fascination with the Southwest and its Native inhabitants. He spent time in Taos and Santa Fe, and visited the Navajo and Hopi reservations. Sauerwein's mostly small format paintings show the influence of German romanticism, but are true to the hard, clear light of the American Southwest. His adobe house in Taos was incorporated into the Taos Inn many years after his death.