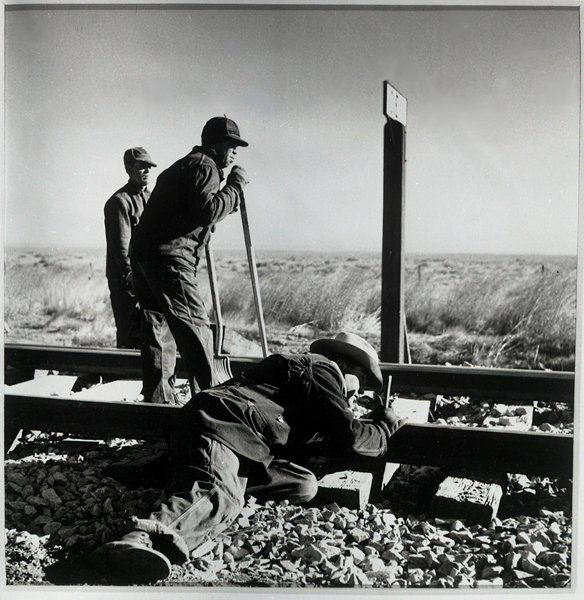 Jack Delano was born in Kiev, Ukraine and immigrated to Philadelphia with his family in 1923. He began his study of drawing and painting at the Pennsylvania Academy of Fine Arts, and in 1936 first took up photography during study in Europe. Concerned with the human condition and committed to addressing social issues with his photography, he worked for the Farm Security Administration, established in 1935 to support small farmers and restore land and communities damaged by the Depression. Delano, along with a cadre of photographers employed by the FSA, traveled throughout the United States documenting American culture and people, producing images that greatly impacted how both policy-makers and the general public understood the Depression. Delano was also a composer, often combining folk melodies into his classical compositions.