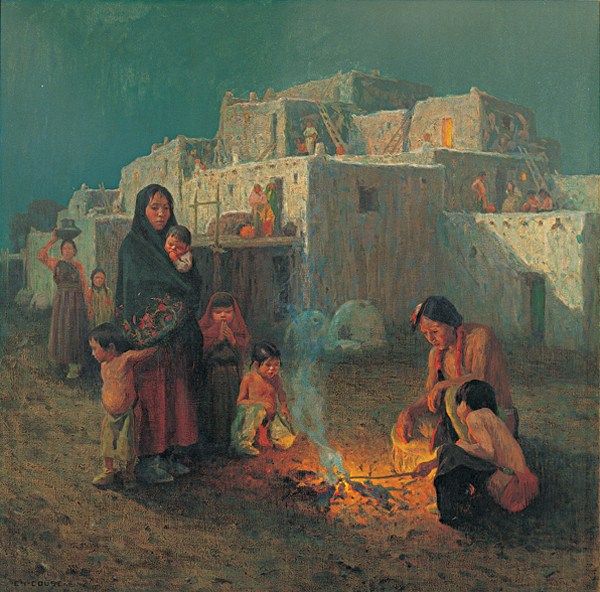 Eanger Irving Couse was born in Saginaw, Michigan, where as a child he became interested in the local Chippewa and Ojibwa cultures of the region. He knew from childhood that he wanted to be an artist, beginning his formal training at the Chicago Art Institute, and later travelling to Paris to study at the Julian Academy. Couse and his wife Virginia first came to Taos in 1902, after learning from his fellow American students of the beauty of the New Mexico landscape and the undisturbed Pueblo people who lived there. He immediately took to Taos, though he maintained a studio in New York during the winter months until 1928, when Taos became his permanent home. Couse created images that were highly influential in changing the public's perception of the West, due, in part, to the inclusion of his paintings in the annual calendar of the Santa Fe Railway Company.