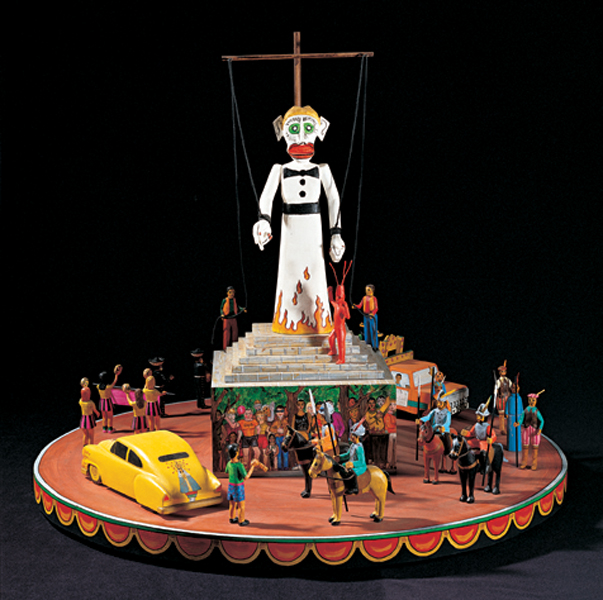 Luis Tapia was raised in Santa Fe, where during the sixties and seventies, he began to rediscover his heritage and Latin roots through his work as a santero. Carving bultos of Catholic saints, he attained success with his traditional subject matter and materials. However, Tapia’s research into Spanish Colonial art inspired a shift in his work, as he experimented with commercial paints and vivid colors to create carved tableaux of contemporary Hispanic life in northern New Mexico.