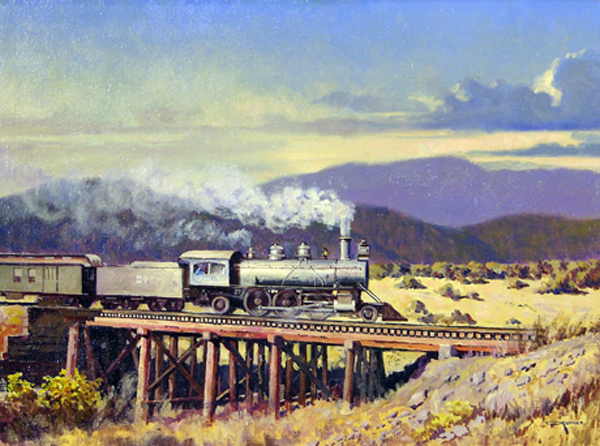 Otto Kuhler was born in Germany where, at an early age, he exhibited a strong talent for both engineering and drawing. After emigration to the United States in 1923, he worked as a commercial artist but developed into one of the most well known industrial designers of the American railroads. Also a prolific artist, his work centered on industrial aesthetics and the American West.