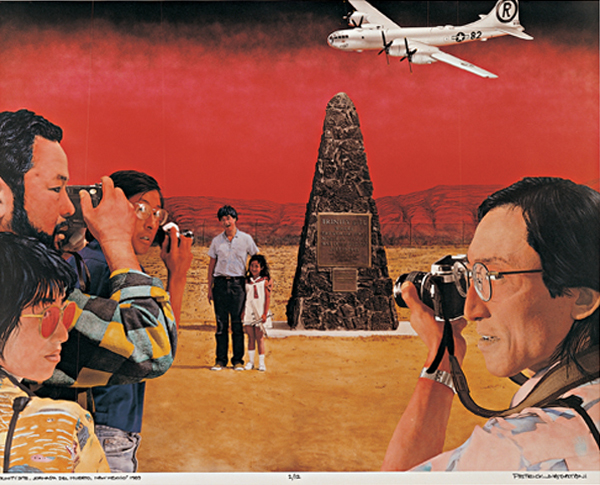 Patrick Nagatani was raised and educated in Los Angeles where he achieved artistic recognition for his highly original photographic images. He pioneered the Contemporary Constructive Movement in the late 1970s, and is acclaimed for his thought-provoking photographs dealing with various facets of the human condition. Nagatani, working in series, creates tableaus—elaborate fictional narratives—made up of two and three-dimensional imagery which he then photographs. He has explored the effects of the nuclear industry on New Mexico, and Japanese-American internment camps from World War II.