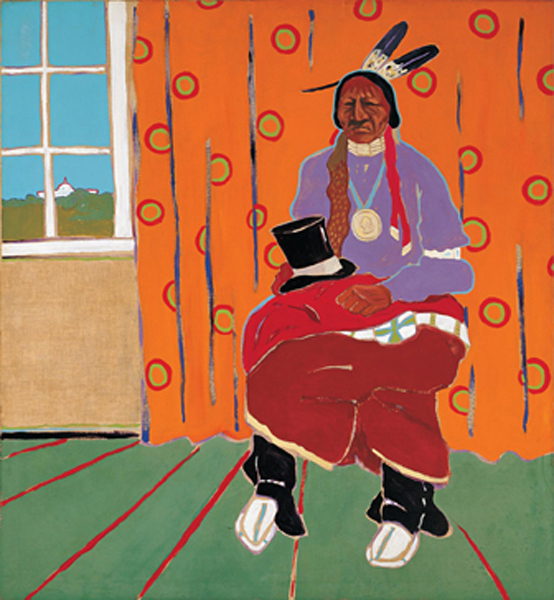 Tommy (T.C.) Cannon was born in Lawton, Oklahoma, to a Kiowa father and a Caddo mother. He was given the name Pai-doung-u-day, which translates into "One Who Stands In The Sun." He displayed a talent for drawing and writing at an early age winning numerous awards for his artwork. After graduating from high school, T. C. attended the Institute of American Indian Arts in Santa Fe, studying with Fritz Scholder and working alongside many notable young Native artists. His sense of humor was reflected in the way he combined the old traditional art and incorporated it into contemporary issues. While serving with the 101st Airborne in Vietnam, Cannon won two bronze stars as well as a Medal of Valor from the Vietnamese government. He died in an automobile accident in Santa Fe.