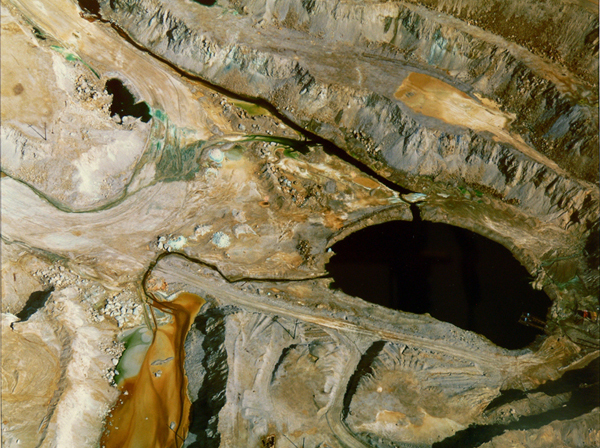 Paul Logsdon, born in Kentucky and educated in California, came to New Mexico in 1955 when he was assigned to Kirtland Air Force Base as a test pilot. When he retired from the Air Force in 1976, he remained in New Mexico beginning a new career as a charter pilot, and developing a reputation for his fine aerial photography. Logsdon said his pictures served two primary functions: to discover a new perspective on the familiar, and to see something that can’t be seen any other way.