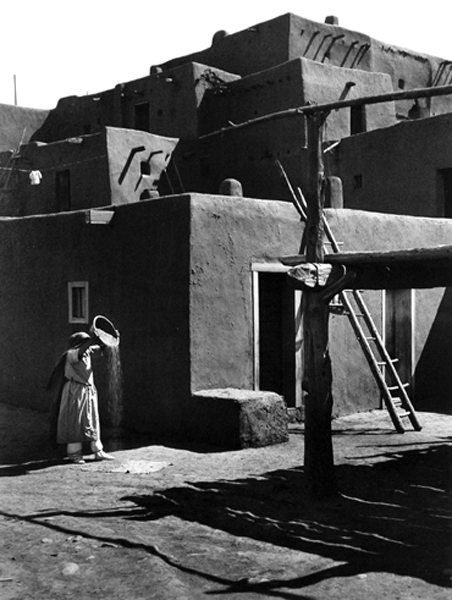 Ansel Easton Adams was an early environmentalist best known for his rich black and white photographs of the American West. He was one of the founders of the Zone System, which helped to determine proper exposure and adjust the contrast of the final print, allowing the clarity and depth characterizing his photographs. His use of large format cameras provided high image resolution, ensuring the sharp images he sought. Adams grew up considering a career as a pianist, until his interest in photography and love of nature supplanted that earlier passion. His photographs of the West became the foremost record of what many of the National Parks were like before tourism; he skillfully promoted the newly emerging environmental movement through his work. Adams always insisted that, as far as his photographs were concerned, "beauty comes first."