Since 1945, New Mexico has been a leader in energy research and development with extensive experiments conducted at Los Alamos National Laboratory (LANL) and Sandia Laboratories in the nuclear, solar, and geothermal areas. 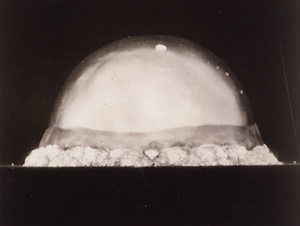 Los Alamos Laboratory, known as Project Y, was conceived during the early part of World War II. The United States wanted to build an atomic explosive to counter the threat posed by the German nuclear development program; the laboratory developed out of this vision. Since its creation, the primary responsibility of the laboratory has been to maintain the effectiveness of the nation’s nuclear deterrent. Though the world is rapidly changing, this essential responsibility remains the core mission of the laboratory.

On its website, LANL is described as “one of the world’s leading research institutions…with laboratory personnel working on advanced technologies to meet the needs of the 21st century such as hydrogen fuel cell development, super computing, and applied environmental research.”  LANL has done this repeatedly, starting with the WW II Manhattan Project, and continuing with the Human Genome Project, the Stockpile Stewardship Program, and the Comprehensive Nuclear Test-Ban Treaty.

Sandia’s original emphasis on ordnance engineering – turning the nuclear physics packages created by Los Alamos and Lawrence Livermore National Laboratories into deployable weapons – expanded into new areas as national security requirements changed. In addition to ensuring the safety and reliability of the stockpile, Sandia applied the expertise it acquired in weapons work to a variety of related areas such as energy research, supercomputing, treaty verification, and nonproliferation.

Central New Mexico’s history in Bioscience development is lengthy, from early research in respiratory disease in the late 1800s, to a modern command of computational biology. The local industry is greatly linked to the activities of local research institutions, as substantial Federal investment dominates the activity landscape. However, a number of innovative companies have developed their own intellectual property and cultivated niche markets in areas outside of Central New Mexico’s acknowledged institutional competencies.

Albuquerque boasts a seasoned bioscience cluster of more than 100 companies that produce everything from surgical supplies to non-invasive glucose testing devices for diabetics. Major commercial players here are Johnson & Johnson’s Ethicon Endosurgery, which manufactures surgical products, and Cardinal Health, which provides medication management systems to hospitals, and which acquired homegrown SP Pharmaceuticals in 2001. Many of the city’s bioscience companies are small and some are spin-offs from Sandia National Laboratories and the University of New Mexico.

New Mexico is home to a variety of additional bioscience organizations and companies:

The state’s “Technology 21” is an eighteen-month collaborative plan that details ways in which the state can create high-wage tech jobs and business growth, according to the New Mexico Office of Science and Technology. The plan outlines five industries to target: aerospace, bioscience, energy/environment/water, information technology and nanotechnology, which are the five core areas of New Mexico’s particular strengths.